Why are we called Ronnie Dog Media? 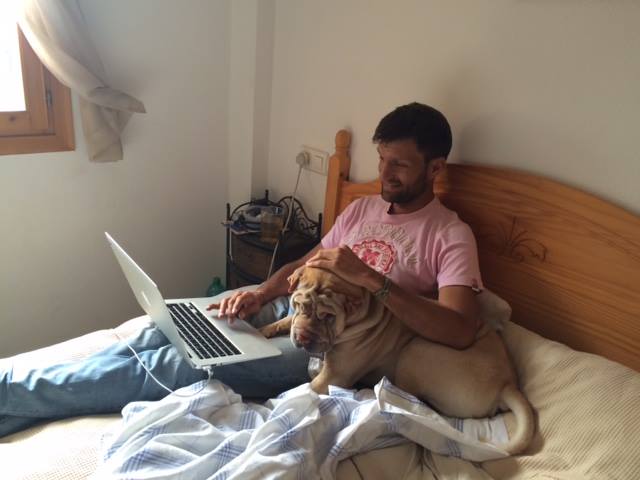 To many in the western world, it is Valentine’s Day.

Here though, it is a much bigger day than that.

Four years ago, a very special chap came into our lives and those lives have never quite been the same since.

People often ask why we are called Ronnie Dog Media and I am about to explain.

Ronnie came to us when he was about two and a half. Up until that point, he’d had an abusive life which meant he had a few challenges to overcome.

Little did he know, up until about two weeks previously I had always been pretty damn scared of dogs.

As a kid, I was properly scared of them. Like, run away or freeze kind of scared.

I wasn’t a massive fan of them in my adult life, either. I guess I kinda got to a point where I didn’t feel like they were going to bite me, but we still were not anywhere near being friends.

And then there was Ronnie.

Jess showed me this Shar Pei in one of the local dog rescue groups in Torrevieja and I found myself saying, “shall we rescue him?”

Little did I know that he’d actually be rescuing me in so many ways.

When Ronnie came to us we were told of all his “issues” and how life with him was likely to be quite difficult. He had a couple of medical conditions that meant he would need injections twice a day for the rest of his life.

Jess did some reading on the subject. Yeah, of course, injections were one option – changing his diet and giving him the right food was another. A little tip for life there; if anyone “medical” tells you something, do take the time to check out whether there is an alternative option. Sometimes it can save you having to stick a needle in a dog who doesn’t even know you yet.

We quickly learned that I might have been scared of dogs, but Ronnie wasn’t too keen on men my build. It turned out his first owner, the one who had abused him, was about my height and shape.

He did stop barking at me after a while.

Ronnie’s challenges soon came and went as we loved him through them. He stopped being scared of everything and learned to trust us. 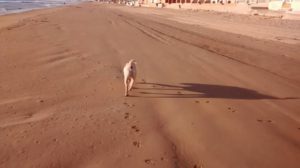 I grew to trust him and learned a lot from him, especially how to keep going when in pain or when things look really, really difficult.

Ronnie also taught me to keep trying the same things because you never know when you might get a different result.

It was just after Ronnie that I really felt the desire to give this writing about football lark a crack.

Ronnie quickly became my writing companion. There are so many photos of me on the laptop writing and him draped over me at various angles. It became a bit of a standing joke that it was impossible to get a photo of me without a laptop and Ronnie.

Hell, he was even on international TV watched by hundreds of thousands at half-time in the Manchester Derby, North London Derby and, I think, the Merseyside Derby as part of an advertising campaign for Football Manager 2016.

As Ronnie started to grow into himself the wind got into my sails writing wise and I guess we grew up together a little bit. 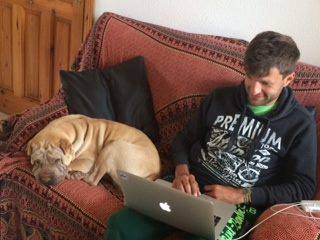 I had to grow up. Being a recovering addict, all I really know is being selfish. Sure, we are supposed to be less selfish the longer in recovery we are, but after you’ve spent so long thinking only about you and what you are addicted to it takes time to unwind that way of thinking.

But with a dog like this around, I had to change. Even down to the discipline of walking him.

Doing what I do, I can lose days in a laptop. Having the responsibility of a dog, especially when Jess was working, was huge for me.

I know it sounds daft – how can you get to your mid-30s and not have had to change? Well, I’d managed it (badly) and I was glad to be able to change.

Ronnie’s illnesses eventually got the better of him and he died around May 2017. 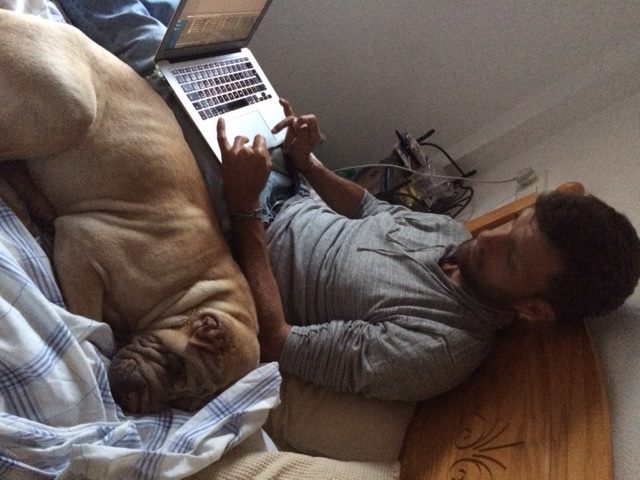 It was possibly the hardest thing I have been through, harder than rehab and putting a life back together again. The loss was massive.

But, he had done his job. He had taught me what he come to teach me about life and it is no coincidence that in the time we were together I went from being a former sales director who had moved to Spain with no real idea what was going to happen next to being able to put food on the table from writing about football.

I can’t really explain how it happened, but I changed a lot thanks to Ronnie’s presence in my life.

Miracles happened for me in that time; finding someone willing to pay me for my daft tongue-in-cheek football writing. That weekly column in an English speaking website becoming a book, then a daily website. All that getting me on live TV twice a week back in the UK. And from there, being bought out and taken into full-time football media employment, something I didn’t actually think or expect could happen. 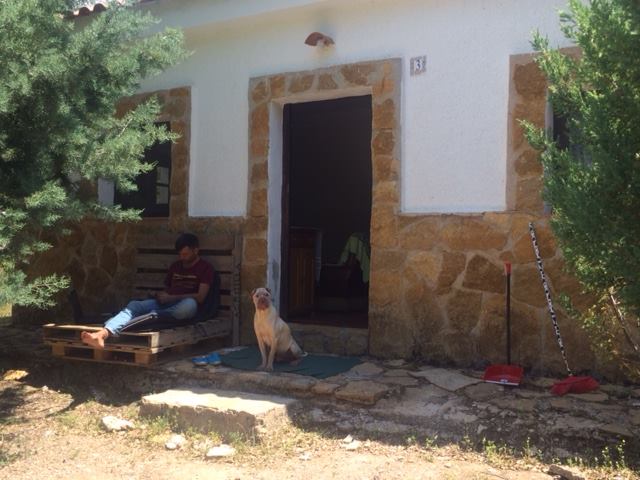 And, I know that we gave him a far happier life than he had in the years before he came to us. We were able to give him the love and the safety he had missed out on.

When the opportunity to start up my own football media company came along there was only one thing it could be called.

And that is why we are called Ronnie Dog Media – a tribute to my first ever dog.

Our investors have actually told me that it was as soon as they saw our logo (a cartoon version of Ronnie Dog) that they knew they had to invest.

There are now three Shar Peis. Each of them seems to have a little bit of Ronnie’s character. And that is a very, very good thing.

So that is why we are called Ronnie Dog Media and that is why February 14th means something a bit different to me.